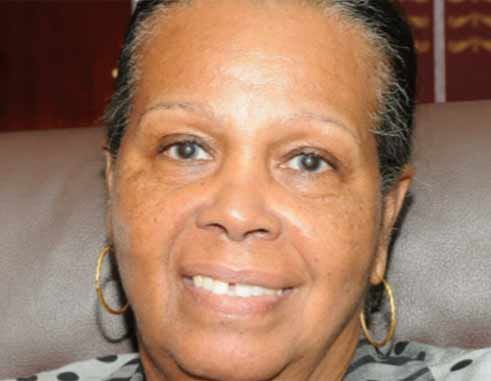 THE government appointed Constitutional Reform Commission whose report was published last week has said that in carrying out its mission it discovered that there was “a real hunger “ for constitutional change in St Lucia, and a restlessness with the present state of affairs that manifested itself in near total discontent with politics and politicians alike.

In a foreword to its report, the Commission which was headed by the late retired Judge Suzie d’Auvergne, said there was widespread belief among St Lucians that the present constitution made it impossible “to restrain or influence” their government once it was elected to office.

Today, we publish the first part of the Foreword to the report. The second and final part will be published in our Thursday issue:”

FOREWORD
Although the following pages of this report faithfully reflect the specific recommendations we have
reached as a body about our Constitution and our system of Government over the last five years, it
would be wrong to assume that they contain the full sum of knowledge or of understanding that we
have acquired over that period. The process of reforming our Constitution forced us to learn a great
deal about how average Saint Lucians view our Constitution and our system of Government.
This is because the process was intense and extended. It led us to consult widely with Saint
Lucians from all walks of life. It compelled us to seek them out and engage them on their views
about how Government works; about their expectations for the future and about the changes they
believed were necessary to meet these expectations.
It took us from the traditional corners of the Diaspora to the smallest nooks and crannies of our fair
island. It required us to think more deeply and to inquire more closely into matters of governance in
Saint Lucia, than was ever necessary before. Most of all, it required us to reflect, to listen and to
question, with a singularity of purpose and a dedicated focus that was at times, challenging to
sustain.
Such a level of focus has meant that we were deeply immersed, as a body and as individuals, in
the political psyche of our nation. We emerged with a renewed respect for the uncommon wisdom
of average citizens; a genuine admiration for the remarkable Saint Lucian spirit, and the surprising
knowledge of a remarkable consensus.
This consensus is that the so called “Westminster inheritance” in the Saint Lucian context has at
worst, not worked, or at best, been a double-edged sword. On the one hand, the Commission
recognised an acceptance that transplanting a version of British democracy in Saint Lucia,perhaps
contributed to a level of stability and continuity in our system of Government, which was desirable.
On the other hand, there appears to be a reasonable consensus among our people that what was
perhaps appropriate for Britain – with its large Parliament and relatively small Executive, guarded
by hundreds of backbenchers – was somewhat inadequate in a country of only seventeen (17)
constituencies and in which the near total domination of a small Executive over the Parliament,
was virtually guaranteed. Put another way, we recognised a general agreement that the
overwhelming concentration of power in the hands of a small Cabinet, was an unacceptable
situation which cried out for change.

In fact, the Commission observed a real hunger for constitutional change. It discerned restlessness
with the status quo, which manifests itself in a pervasive, near universal discontent with politicians
and politics alike. At the heart of this cynicism, we detected a widespread belief that our
Constitution condemns us to a situation in which, our Governments, once elected, seem beyond
our ability to restrain or to influence.

With each new community meeting, each new submission we received, or each new engagement
overseas, it became increasingly clear that Saint Lucians regarded our Constitution as placing
them in the role of window-shoppers, passively standing outside the store-front of Government,
looking in, hands pressed against the glass, but unable to influence decision-makers once an
election was won. They collectively regretted their inability, except by the most indirect or diffuse
means, to influence decision-making in “real time.” They lamented the fact that they could not hold
a Government accountable, except through the remote mechanism of an election, by which time
the damage resulting from poor decision-making, malfeasance, incompetence or outright contempt
for the electorate, might be irreparable or irreversible.

Above all, they bemoaned the lack of appropriate checks and balances on Cabinet authority, the
lack of a real separation between the Cabinet and the Parliament, and the lack of real and
measurable accountability, expected from a mature system of Government.

In sum, the Commission gradually came to accept the fact that Saint Lucians appear to be
dissatisfied with their system of Government although this concern was not always expressed in
the same way. For some, the problem was a lack of local Government. For others, it was the lack
of the ability to elect the Prime Minister directly, or the lack of a mechanism for recalling ineffective
or dishonest parliamentarians, and for still others, what was required was the creation of new and
super-powerful institutions to deal with abuses. For many, the solution was most or in some cases,
all of these.

Many proposals spoke to a need to restrain Executive action. How else to explain numerous
submissions calling for: (i) fixed dates for elections, (ii) term limits, (iii) restrictions on the ability of
Government to acquire private property, or (iv) easier access to the Courts, so that ordinary
citizens might better seek redress for human rights abuses or breaches of the Constitution
generally. Other proposals focused on limiting the powers of the Prime Minister or increasing those
of the Leader of the Opposition.

While the cures proposed for our constitutional maladies varied from speaker to speaker,
submission to submission or constituency to constituency, the Commission was at least able to
take some comfort in the fact that the diagnosis was shared.
In the diversity of submissions received or speakers who presented, we also gleaned a deeper
lesson: after thirty-two (32) years of independence, Saint Lucians were desperate for real
constitutional change. What was clear was that Saint Lucians yearned to exercise more control
over their Government and wanted more opportunities for democratic participation. They regarded
Government as too powerful and not sufficiently accountable to them.
This meant that the Commission had to make meaningful proposals for altering our Constitution,
and that mere “tweaks” would not suffice. Any proposals for reform simply had to fundamentally
address these concerns or they would be meaningless. They had to prioritise the desires and
hopes of ordinary people in Saint Lucia, over those of parliamentarians or of politicians. In other
words, we had to make a real attempt at actually solving the problems they identified.
This realisation – that an incremental, too conservative, or purely evolutionary approach to
constitutional reform would not satisfy our people – infused all of the Commission’s work as it made
its way across the length and breadth of our country. It became the yardstick by which we
measured our deliberations. It liberated the Commission from being too concerned about whether
the specific recommendations we made, would meet with the immediate favour of Parliamentarians
or political parties.

While politicians, Parliaments and Governments would change, we recognised that any report we
produced would be a document for posterity. It would stand as an eternal statement of how Saint
Lucians viewed themselves in the early part of this century and of how they hoped to change their
Government for the better.
We simply owed it to our people to ensure that our report distilled and addressed the truth of their
concerns.

Against this background, it was perhaps unsurprising that the Commission received a number of
proposals recommending a full-scale adoption of the Presidential type system of Government
practiced in the United States of America. Given the concerns we noted, the Commission could
anticipate the attraction to this system of Government, in light of its many advantages, including a
true separation between Executive, Legislature and Judiciary, its numerous mechanisms for
promoting accountability and frequent opportunities for democratic participation by citizens, via a
multiplicity of elections.

It was however unclear to the Commission, whether those making the submissions, fully
understood or anticipated the complexities of how such a system might work in a local context. The
Commission could not be certain for example, that these citizens understood the potential for
deadlock in a system where, potentially, the directly elected President could come from a party,
different to those who formed the majority in the Legislature. What were the implications, we
wondered, of the wholesale “switching out” of the system of Government inherited from Britain, for
the one practiced in the USA, for a small country with limited financial resources and highly tribal
politics? Or put another way, how might such a system truly work, given the realities of our political
culture?

On the other hand, if our system of Government was not meeting our needs, how could we ignore
the merits of a system that at least outwardly, appeared to epitomise all the advantages we were
seeking?

In the course of considering these questions, the Commission was eventually forced to confront
and resolve one fundamental conundrum; how best to preserve the stability of strong central
Government that is a defining feature of the British model, while also adopting the requisite checks
and balances that are so attractive in the American system?

To a large extent, this report is an attempt to reconcile these two very different goals, and in
arriving at the proposal to create a hybrid system of Government that attempts to borrow some of
the best features from both models, the Commission remained conscious of one overriding thing:
the important issue was not so much what system of Government was to be preferred, but whether
we could push our Constitution, in new and novel directions, to make it more effective, and meet
our people’s needs.

In doing so, we rejected the all or nothing approach, which would have caused us to simply
substitute one foreign culture’s constitution for another, as if the process of constitution-making
was a straightforward task of swapping meat for fish. At all times throughout our process, the
Commission remained mindful that we could not divorce our Constitution from the political culture
in which it was immersed.

Our solutions therefore had to recognise the need to balance the demand for accountability,
against the realities of party politics in small island states. The status quo was unacceptable, but no
less so than imposing a totally alien system on our people.
Accordingly, this report contains our best prescriptions for achieving a balance between these two
goals.

In addition to the submissions we received on the structure or type of Government we had, the
Commission also noted several recurring themes in the course of its public consultations.
As we examined the functions of the public service, we noted for example, that there appeared to
be either unwillingness or an inability on the part of successive Governments, to ensure that public
institutions entrusted with a public charge, did the work they were mandated to do. We
acknowledged a widespread concern, both within the Commission and among the public, about the
accountability and efficiency of the public service.

We noted an overwhelming passion among average Saint Lucians, for an expansion in their basic
human, civil and political rights. We noted a concern about the potential encroachment by the State
into areas of privacy, or with respect to private property, and acknowledged a call from many
quarters, to ensure our Constitution protected vulnerable groups, like women and children, from
various kinds of discrimination.